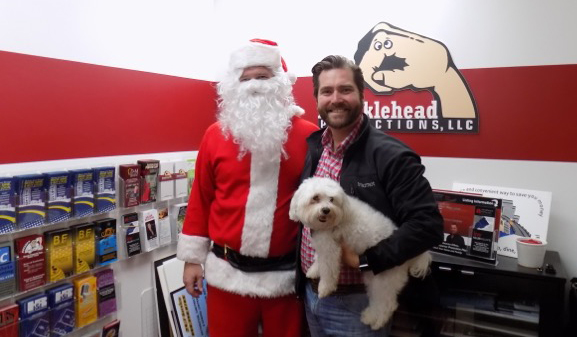 CONSHOHOCKEN >> You know the old adage … if something sounds too good to be true, it probably isn’t.

The Conshohocken Free Christmas Dinner is one of those exceptions that prove the rule. The turkey platters available at the borough’s Fellowship House starting around noon Dec. 25 will contain all the usual trimmings but no strings or fine print — courtesy a small army of men, women and children who’ve volunteered to prep and distribute the holiday meals as “a way to share the true spirit of Christmas … a way to help people in need.”

“That’s pretty much it,” adds organizer Josh Leone. “The holiday is really about giving. It’s just me at home, so I have plenty of days that I can sit around and watch old James Bond movies and take it easy. So if I can help improve the quality of life for somebody, why not?”

To date, some 450 take-home meals have been ordered from the group Leone spearheaded six years ago, and dinner requests are still being taken via email to info@conshohockenfreechristmasdinner.com. Recipients may, then, pick up their orders at the Fellowship House, 515 Harry St., Dec. 25 starting around noon.

Leone, who runs borough-based Knucklehead Productions Design Studio, explains Conshohocken Free Christmas Dinner “has existed in some form since 2009, when a group of business owners heard that some local families need help with meals on Christmas Day.”

“We’ve run it off and on, depending on need in the community,” he continues. “This year, based on several different [factors], there seemed to be a particular need.”

In 2013, Leone and fellow volunteers hosted an eat-in holiday spread at the Fellowship House for approximately 100 diners. At day’s end, volunteers packed up dinners and delivered them to local residents who were homebound and a veterans group in Philadelphia. Additional food went to area Meals on Wheels recipients.

“This year, we decided to do things a little differently because we received some feedback that some people who really could have benefited were embarrassed to come out to the Fellowship House for their Christmas dinner,” says Leone, a Devon native who now lives in Conshohocken. “So we came up with the idea of having people place an order through Colonial Neighborhood Council when CNC was organizing its annual Thanksgiving dinner bags. That way, they can pick up their meals and enjoy them at home … and by changing the format we really increased our numbers.

“The underlying philosophy for the dinner is just helping people who need a hand, but a secondary motivator is this. The CNC helps people in need on a regular basis, all year long. But on top of that, they’ve always done a Thanksgiving and Christmas [dinner bag] distribution, and those two events combined really deplete CNC’s resources.

“When I came up with the idea for the dinner, my thought was, if I could take one of those holidays off their plate, that would leave (CNC) in far better shape for January and February, when donations to community food pantries traditionally drop off. We’re already estimating that we’ll be doing close to 500 meals this Christmas. That’s a lot of food.”

Happily, Leone and right-hand man Chuck Mandracchia, of TPM Contracting, Consulting & Project Management, are being helped by “a lot of great people — all ages, men, women, even entire families who want their kids to be involved in something like this.”

Among them, folks who donate money to help purchase turkey dinners (the majority, being supplied by Andy’s Diner at $10 each, instead of the retail $15), commit to make extra when they’re cooking their own holiday dinners (disposable containers are available at Knucklehead Productions, 101 E. Eighth Ave.) and drop them off at the Fellowship House Christmas morning or volunteer to help out at the Fel Dec. 25. Once again, meals will be delivered to area residents who are confined to their homes.

It’s not too late to help support the Conshohocken Free Christmas Dinner project. Prospective contributors should email the group at info@conshohockenfreechristmasdinner.com to specify the number of individuals they’d like to sponsor ($10 each, payable via check made out to Andy’s Diner) or, in the case of home cooks, the number of meals they’ll deliver to the Fel Christmas morning.

“Please do not send or drop off checks directly to Andy’s Diner … because in order to keep track of the meals, we need to place the order directly with them ourselves,” Leone says.

“We’re looking for both individual and corporate sponsors, and if people have questions, they can contact us at the same email address.”

More information is available at www.conshohockenfreechristmasdinner.com. 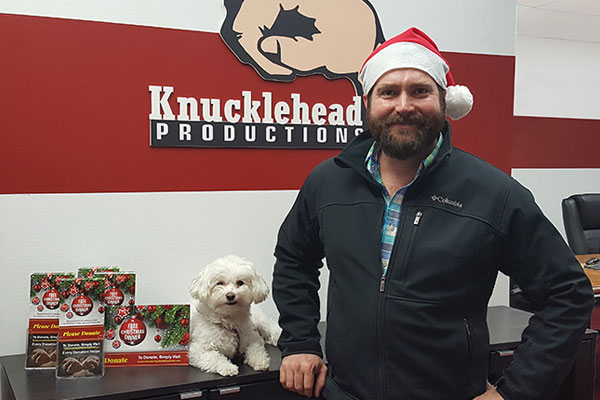